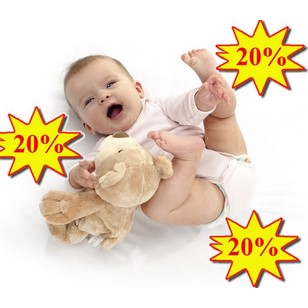 Fall asleep under the starry sky

A balanced sleep is particularly important for children's developement, because new impressions are especially processed at night. But not only an adventurous day, also the fear of the dark can hinder little adventurers from falling asleep.
The Starlino star projector accompanies your little one's into dreamland and ensures a feeling of safety and comfort at night.

The Starlino projects a soothing star pattern onto the ceiling and creating a magic atmosphere in the nursery. Thanks to the automatic colour change, the starry sky smoothly switches between red, green and blue. If desired, the favourite colour of the child can be set with the lock function. Thanks to the 3 different brightness levels, the intensity of the star projection can be adapted individually.

The star projector is additionally equipped with a night light mode. In this setting, the projector shines from inside out and thus provides a soft white slumber light for orientation. Additionally, whilst using the white function, the colourful starry sky is also shining.

Flexible and safe usage thanks to battery operation

The lullaby light is operated with batteries. Thanks to the screw fixed battery compartment, the night light is safe from the little one's urge to discover everything. Even extended usage doesn't pose a danger through heat developement, thanks to modern LED technology.

Thanks to the energy-saving LED technology, the night light has a moderate power consumption. Thus, one battery charge ensures many enlightened nights. Thanks to the optional timer function, the starlino automatically shuts off after ca. 30 minutes and thus conserves the battery.